Inicio / Uncategorized / The phone-call that changes everything 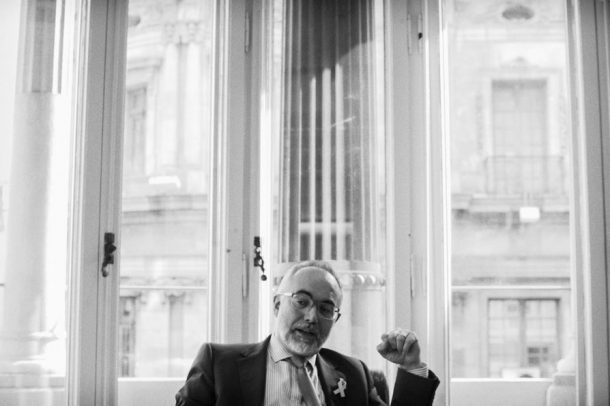 Phones are constantly interrupting our conversation. He warns the voice on the other side of the line that he is surrounded by people and cannot say «exactly» what he wants because there are journalists in the room. «You know, don’t you? It’s just like last Monday. The difference is that now we know more,» he says in code. When he hangs up, he provides the beseeching faces with an answer. «I’m being fired tomorrow,» he confesses with a nervous laugh, seven minutes into the conversation. CONTINUE READING
*** PROJECT FUNDED BY WCSJ2019. After the election of Donald Trump as US president, scientists around the world marched for science. Many chose to play a more prominent role in the public sphere and some even decided to embark on a political career. The Struggle with politics project intends to give seven journalists from around the world the possibility to follow one such scientist closely during their politico-social coming-out. At the WCSJ2019, each will present multimedia stories about their scientists, including an element of self-reflection as the journalists consider their own role in the realm of science democracy.