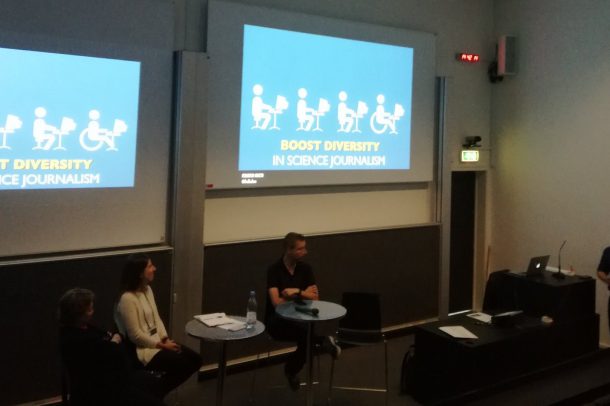 Last week I went to Copenhaguen to participate to the European Conference of Science Journalists. Special thanks to Fede Kukso, independent science journalist from Argentina and 2015-16 Knight Science Journalism Fellow at MIT, who invited me to talk about my experience in a Catalan and Spanish world. Here you can check the abstract:

In an increasingly diverse and globalized world, science journalists can not – and should not – reduce their work or view to a particular region or even to a particular language. The 21st century is the time of the emergence of a new kind of professional: the multicultural and global scientce journalist, someone able to tell stories beyond the boundary of his/her country or culture.

The future of science journalism is bilingual, multilingual. News organizations such as Scientific American, The New York Times and The Wall Street Journal have already perceived this new trend. With sections in Spanish, for example, they reach to a broader audience.

In times of Google and automatic translations, the vast majority of English speaking science journalists do not read a language other than English. They don´t cover the scientific breakthrough of scientists in Latin America, Asia, Africa, until someone dare to translate it.